This, like so many of my creations, was a commission to create an extra special card to mark the opening of a new nails and beauty salon. I always love a challenge, and, after much experimenting, I came up with the idea of a 3D replica of a scene from the salon. Armed with photos from the salon taken by the recipient’s mum, I set about creating the various elements of the scene. I love the finish achieved by die cutting as opposed to hand cutting and used lots of different dies in unusual ways to create the various elements. For the more difficult items, I used print outs of the photos (for the wall art, scene into nail room and items on the mantlepiece), everything else was die cut from card including picture rails, fireplace, skirting board etc. The base card was made Shadow made using the Tonic shadow Box Creations Die set 1635E cut twice for the fronts and carefully partially cut twice to create the double width centre section. I used plain brown card which I inked with distress inks in various shades of brown. The Brick effect was achieved using the Marianne Design Bricks Embossing Folder & Die set. I inked the embossing folder to achieve the darker colour for the mortar and die cut and inked individual die cut bricks to add realism and extra dimension. This was definitely a labour of love and took hours of experimentation to achieve the final result. I have added lots of full sized pictures so you can get the full effect and the first 4 pictures show the card alongside photographs from the actual salon. This was great fun to make, hope you enjoy the pictures. 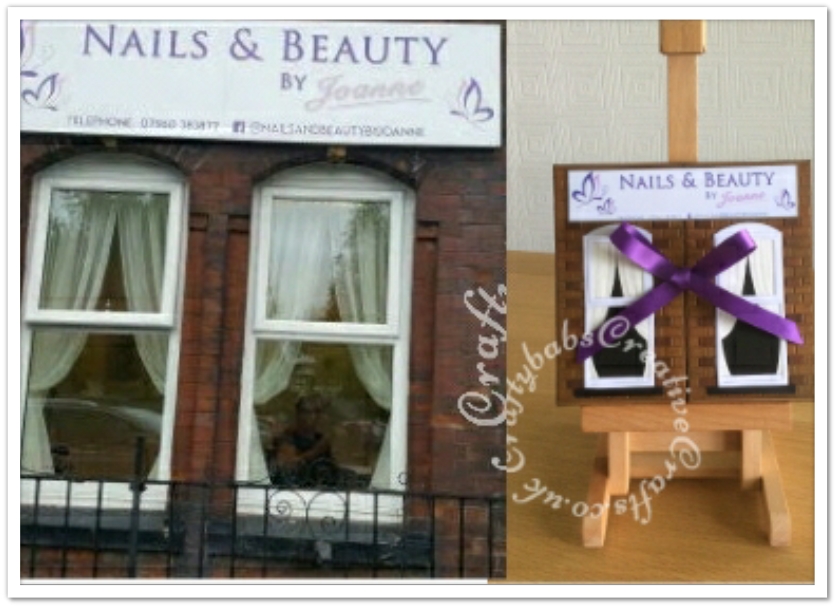 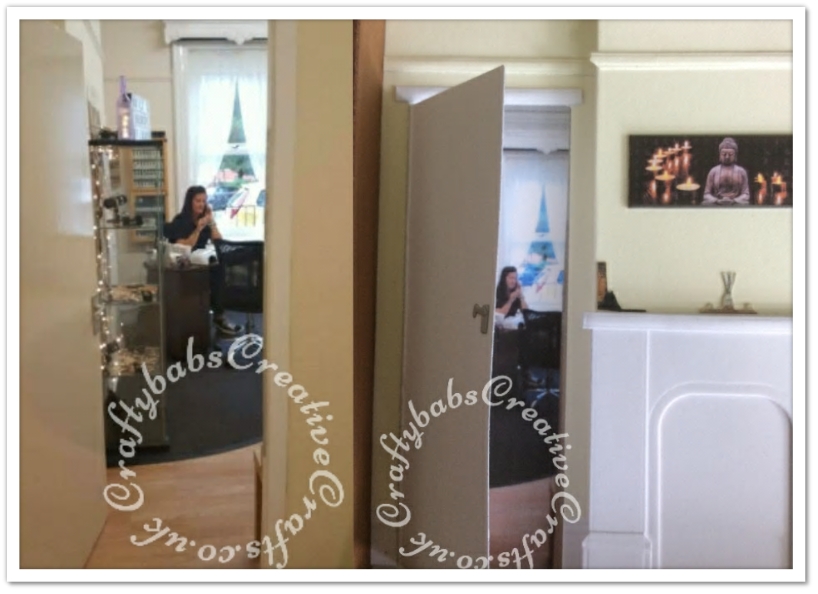 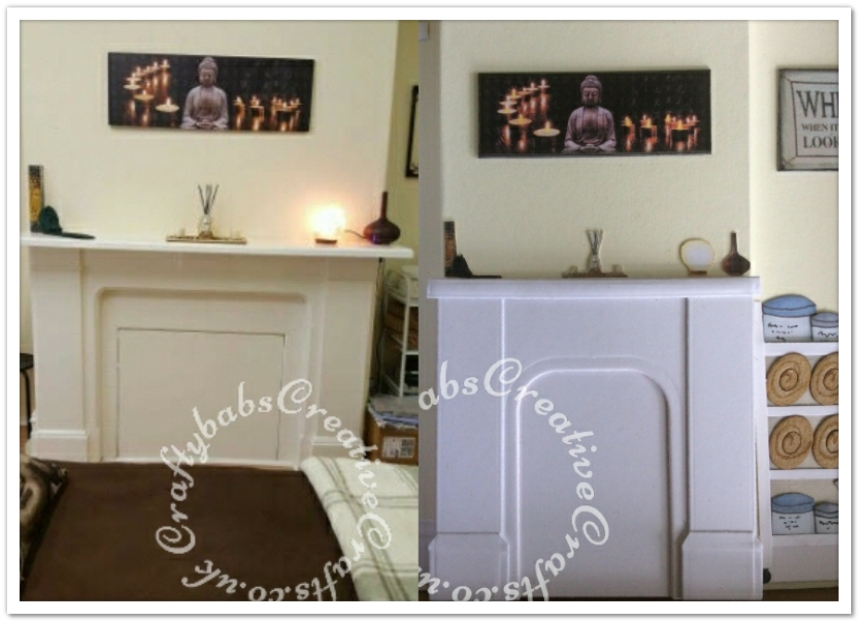 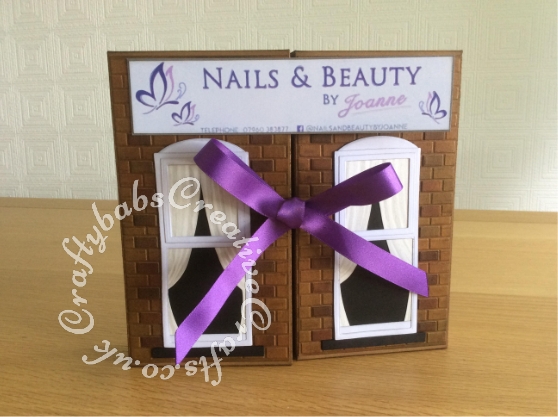 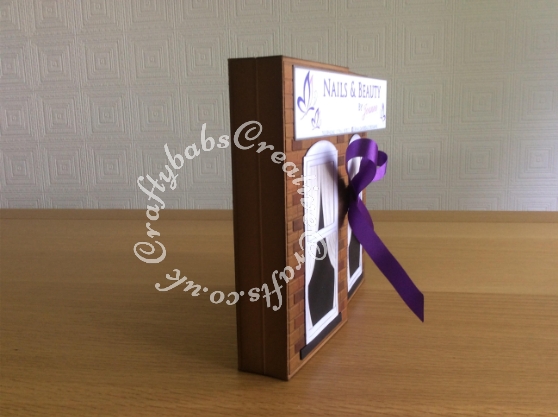 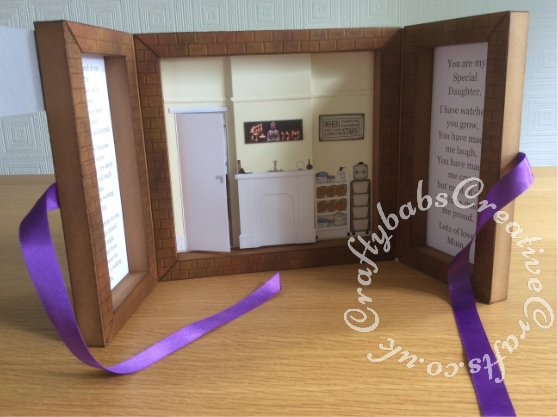 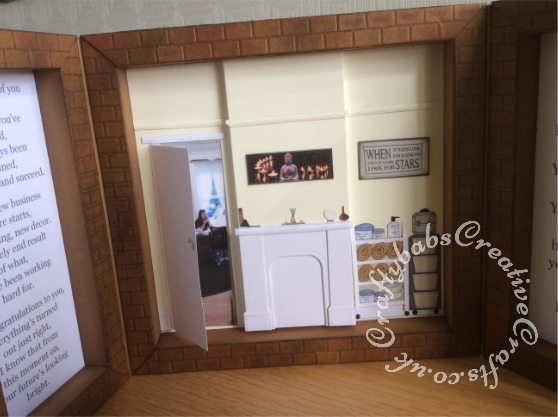 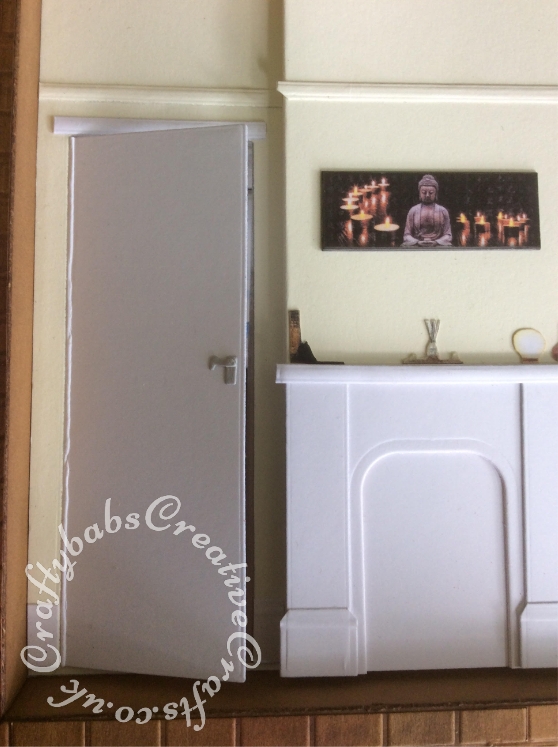 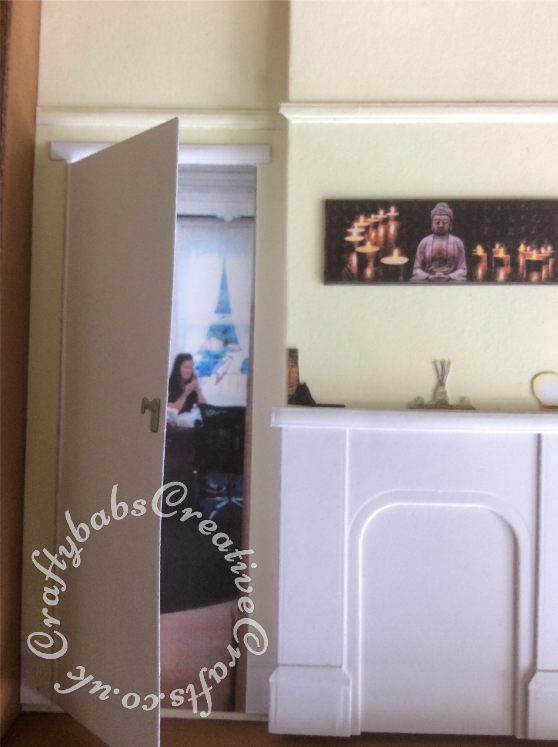 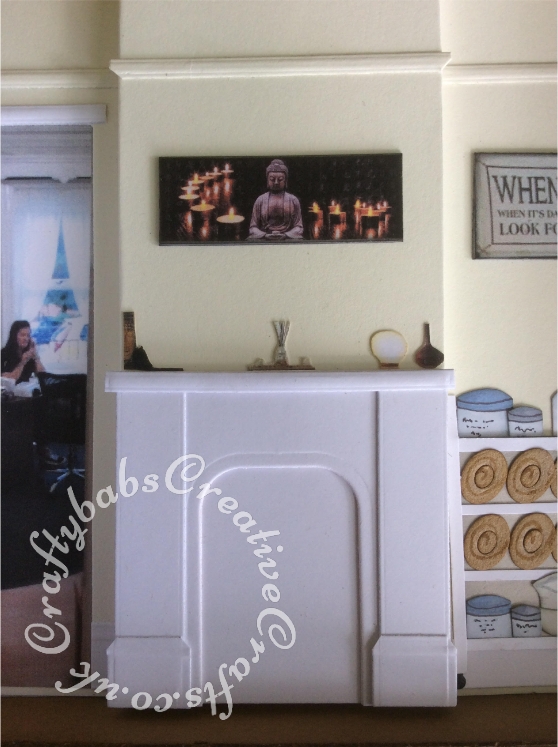 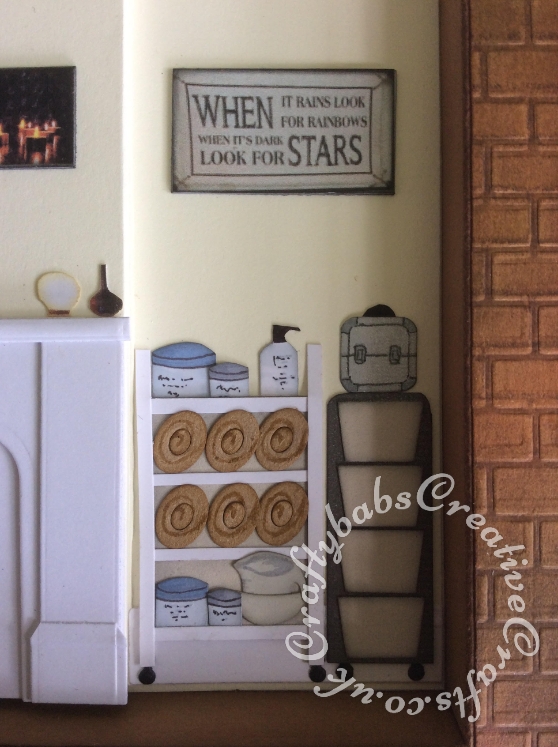 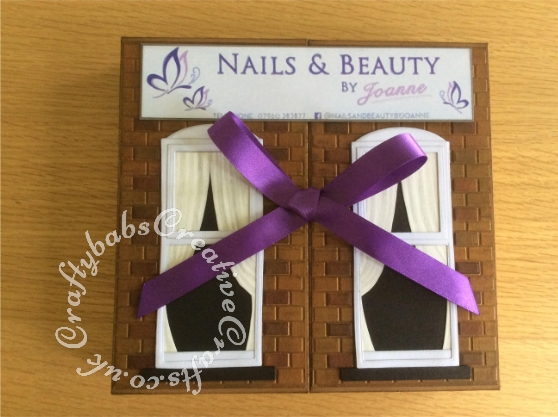 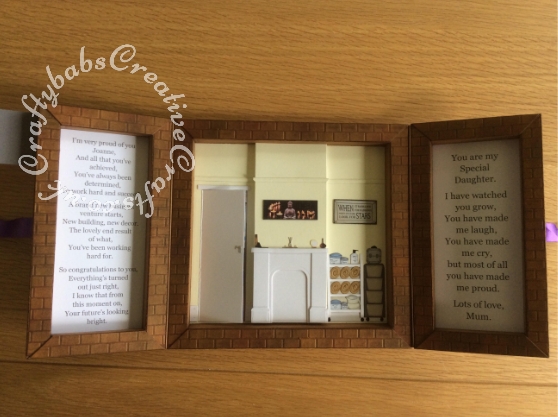 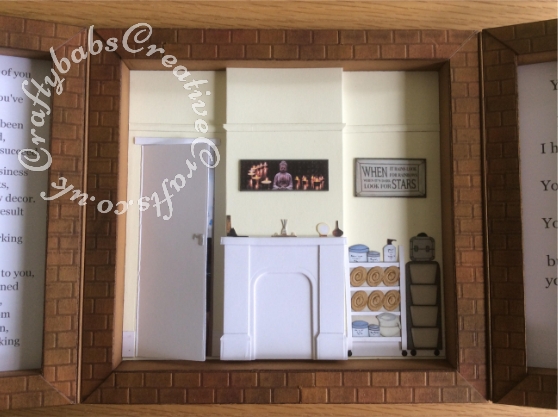