I was recently asked to make two extra large cards for a very special 90th Birthday. The birthday boy loves ‘The Rat Pack’ and also enjoys a ‘Jack Daniels’ whisky, so these became my themes for the two cards. It’s sometimes tricky making more than one card for the same recipient. It’s important that both cards are special but then they need to be different too. I decided to make them both A4 in size with one being orientated landscape as a double Z Fold card and the other orientated portrait wise with a fold back front to enable stability. Larger cards can be a challenge and need to be made from a minimum of 300 gsm card stock of they are to be sturdy enough to stand without bending or falling over. The ‘Rat Pack’ card utilises mostly die cuts with some printed backing papers produced in ‘Word’ and a music themed stamp which is heat embossed. The large vinyl Record was made using black mirror card which is cut with a large circle die and then I used nesting circle dies to emboss the ‘grooves’ of the record. The sentiments and numbers are die cut from glitter card and layered up for dimension. The whisky themed card was created using personalised replica labels created with Craft Artist Professional software superimposed onto photographs of a whisky bottle and whisky glasses. Glossy accents then adds to the realistic ‘glass’ effect. These are positioned on an embossed background which has been inked and gilding wax applied. I then added a ‘Wellington bear topper and some die cut embellishments to finish off. For more details re dies used just click on any of the images. 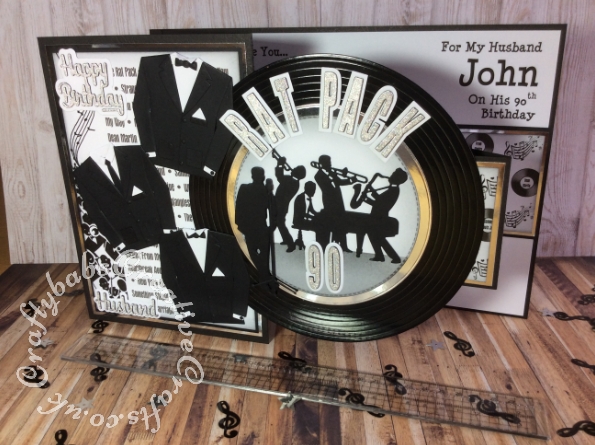 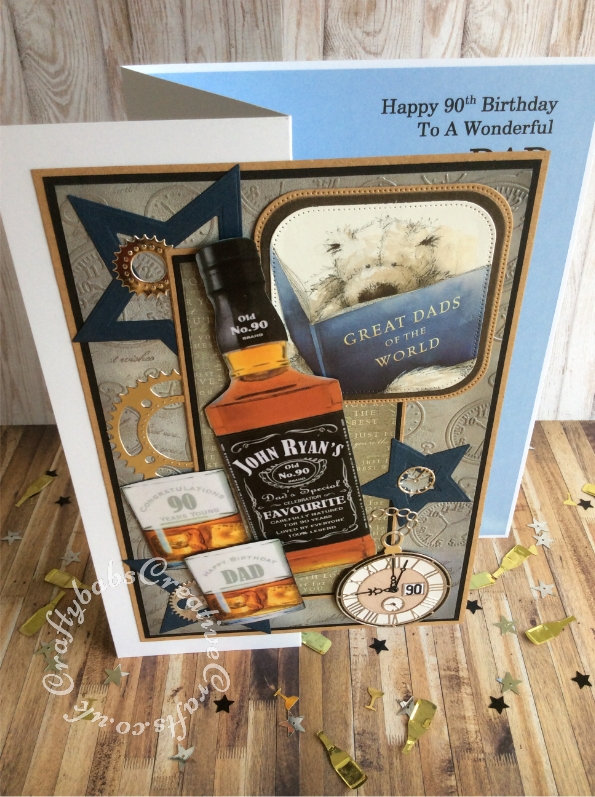 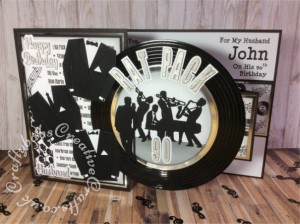 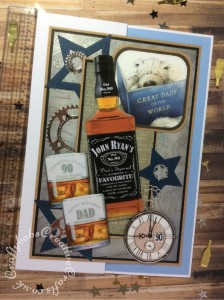 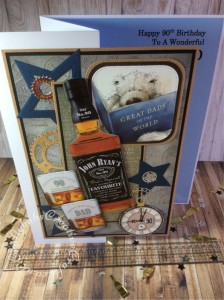 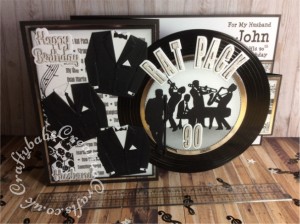