If you read my previous post, you’ll know that my daughter celebrated her first wedding anniversary this June. I spent a long time creating a keepsake picture for her featured in the previous post. I then had to think about her card. I decided to go for a fun theme in complete contrast to the picture. We have a family tradition of having an ornamental garden frog or two. I bought a couple of frogs for my daughter and her hubby when they moved house a couple of years ago. Unfortunately the garden frogs got broken and I repaired them for her leading up to their anniversary. I decided to go all froggy for their anniversary card. I used one of Sam Calcott of Mixed Up Craft’s brilliant wiper card tutorials and made a couple of adjustments to make this fun card. If you scroll down you’ll see the frogs that were the inspiration for this before, during and after  their repair, re-paint and safe return to the garden. 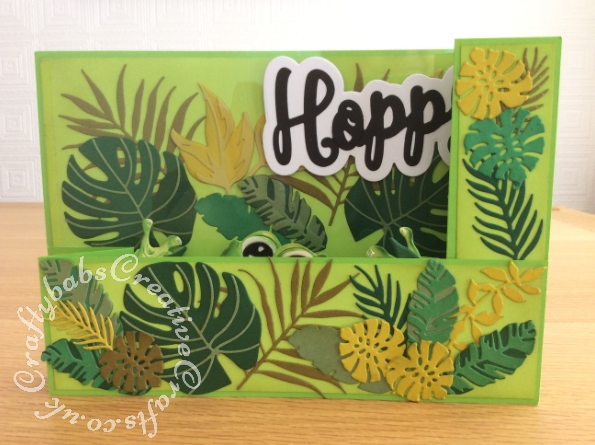 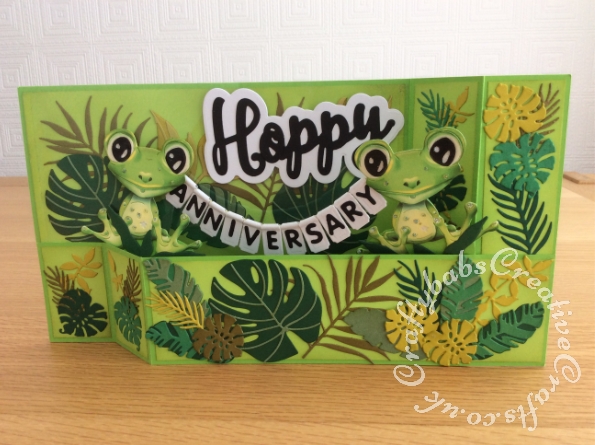 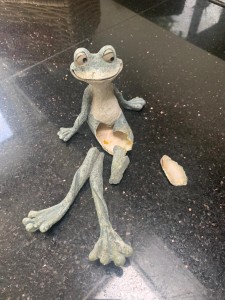 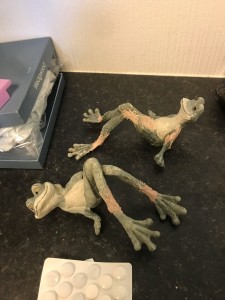 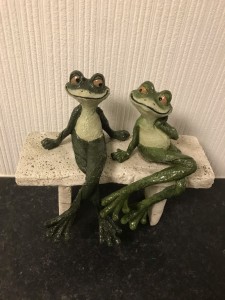 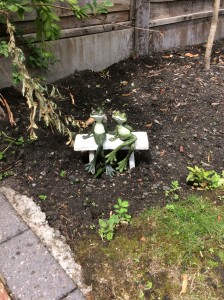